Items related to Writing on drugs 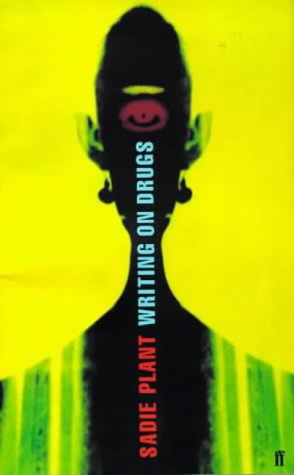 Modern culture has found itself on drugs. Beyond their psychoactive effects, they have shaped some of the modern era's most fundamental philosophies and even helped expose the neurochemistry of the human brain. This examination of writing on drugs, including Coleridge on opium, Michaux on mescaline, Freud on cocaine and Burroughs on everything, is an exploration of the profound and pervasive influence of drugs on contemporary and historical culture. The author argues that drugs have been integral to modern politics, media and technology.

The two books under review report on the use of various drugs, from opium to ecstasy, throughout the ages. With Sisters of the Extreme, Palmer and Horowitz (coeditors of Moksha: Aldous Huxley's Classic Writings on Psychedelics and the Visionary Experience) have updated their 1982 anthology, Shaman Woman, Mainline Lady. Following a historical introduction, the authors present firsthand accounts of women on drugs, from Victorian times to the present. Among their subjects are Jane Addams, Edith Wharton, Caresse Crosby, Billie Holiday, Laura Huxley, Anita Hoffman, Bonnie Bremser, and Susan Sontag. Their stories range from sordid tales of heroin addiction and prostitution to quests for spiritual enlightenment. Through these selections, the editors succeed in demonstrating that women's experiences with drugs are "more varied and complex than stereotypes suggest." With over 120 illustrations, this lively introduction to a relatively neglected topic is recommended for larger public and academic libraries. The title of Plant's (Zeroes & Ones) book is somewhat misleading. While it discusses various writers associated with drugs, from Thomas De Quincey and Charles Baudelaire to William S. Burroughs and Henri Michaux, it quickly veers off into broader matters. More of a cultural history, the book examines the role of drugs in society from a variety of disciplines, including history, political science, psychology, philosophy, medicine, and economics. The topics covered range from Sigmund Freud on cocaine to Gilles Deleuze and Felix Guattari on capitalism and schizophrenia, from the CIA's involvement in drug trafficking to the neurochemistry of psychoactive substances, and from the connections between drugs and witchcraft to an examination of the marketing of Coca-Cola. Plant has a gift for synthesis and manages to weave the diverse threads of her study into a coherent and generally readable book. Recommended for academic libraries.DWilliam Gargan, Brooklyn Coll. Lib., CUNY
Copyright 2000 Reed Business Information, Inc.

Shipping: US$ 11.71
From United Kingdom to U.S.A.
Destination, rates & speeds