Items related to The Most Dangerous Score (Goal Kings) (Bk. 6) 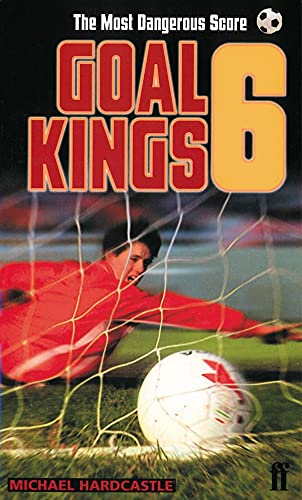 This is the sixth book in Michael Hardcastle's pacy series following the dramas and adventures of Goal Kings JFC. Only months after becoming champions the Goal Kings are struggling. So would a change of coach revive them or simply make things worse There are distractions for the team in the shape of new friendships, especially with girls, and the arrival of a foreign player is not welcomed by everyone. Suddenly the Kings' troubles seem to be multiplying faster than their goals on the pitch.

Michael Hardcastle was born in Huddersfield. After leaving school he served in the Royal Army Educational Corps, before embarking on a career in journalism, working in a number of roles for provincial daily newspapers from reporter to chief feature writer.$$$He has written more than one hundred and forty children's books since his first was published in 1966, but still finds time to visit schools and colleges all over Britain to talk about books and writing. In 1988 he was awarded an MBE in recognition of his services to children's books. He is married and lives in Beverley, Yorkshire.

3. The Most Dangerous Score

4. Goal Kings 6: The Most Dangerous Score