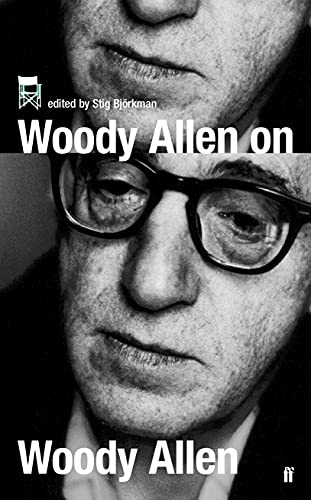 Multi-Oscar-winning and still amazingly prolific, Woody Allen remains one of the truly great figures in American humour and American cinema. This career-length interview with Stig Bjorkman - editor of a similar volume on one of Allen's own heroes, Ingmar Bergman - traces the path of his career, his motivations and inspirations, and of course his nigh-legendary anxieties. Newly updated, the book contains discussion of such recent Allen triumphs as Bullets Over Broadway, Mighty Aphrodite, Deconstructing Harry, and Sweet and Lowdown.

Book Description paperback. Condition: NEW. 9780571223176 This listing is a new book, a title currently in-print which we order directly and immediately from the publisher. For all enquiries, please contact Herb Tandree Philosophy Books directly - customer service is our primary goal. Seller Inventory # HTANDREE01439537

Shipping: US$ 19.87
From United Kingdom to U.S.A.
Destination, rates & speeds