Items related to The Lacuna 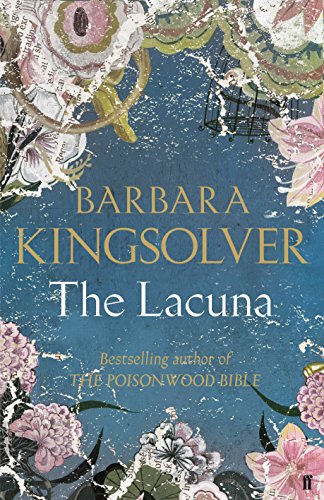 "The Lacuna" is the heartbreaking story of a man's search for safety of a man torn between the warm heart of Mexico and the cold embrace of 1950s McCarthyite America. Born in the U.S. and reared in Mexico, Harrison Shepherd is a liability to his social-climbing flapper mother, Salome. Making himself useful in the household of the famed Mexican artists Diego Rivera and Frida Kahlo, and exiled Bolshevik leader Lev Trotsky, young Shepherd inadvertently casts his lot with art and revolution. A violent upheaval sends him north to a nation newly caught up in World War II. In the mountain city of Asheville, North Carolina he remakes himself in America's hopeful image. But political winds continue to throw him between north and south, in a plot that turns many times on the unspeakable breach - the lacuna - between truth and public presumption. This is a gripping story of identity, loyalty and the devastating power of accusations to destroy innocent people. "The Lacuna" is as deep and rich as the "New World".

Barbara Kingsolver was born in 1955 and grew up in eastern Kentucky. Her books include poetry, non-fiction and award-winning fiction, and in 1999 she was shortlisted for the Orange Prize for The Poisonwood Bible. She lives with her husband and daughter in southwestern Virginia.