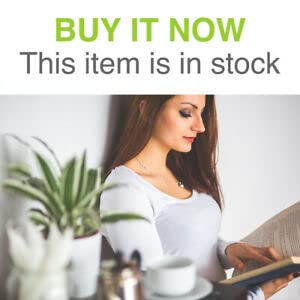 In the MASTER BRIDGE series, a paperback edition of a handbook, first published in 1979, which provides coverage and analysis of various aspects of card play in a game of bridge.

Hugh Kelsey will always be remembered as one of the all-time great bridge writers and analysts. He was the author of more than 50 outstanding bridge books and was the bridge advisor and editor for the Master Bridge Series from its foundation.

GÃ©za Ottlik was a Hungarian writer, translator, mathematician, and bridge theorist. In a bridge column three months after Ottlik's death, Alan Truscott, who wrote the daily bridge column for The New York Times for 41 years, placed him 'among the strongest candidates' for 'the bridge writer with the greatest creativity in terms of card-play theory'.

Book Description Paperback. Condition: Very Good. The book has been read, but is in excellent condition. Pages are intact and not marred by notes or highlighting. The spine remains undamaged. Seller Inventory # GOR002611696

Book Description Gollancz, 1983. Paperback. Condition: Used; Acceptable. Dust jacket is damaged **Simply Brit** Shipped with Premium postal service within 24 hours from the UK with impressive delivery time. We have dispatched from our book depository; items of good condition to over ten million satisfied customers worldwide. We are committed to providing you with reliable and efficient service at all times. Seller Inventory # 2929872

Book Description Victor Gollancz 1990-05-01, 1990. Paperback. Condition: Good. Item is in good condition. Some moderate creases and wear. This item may not come with CDs or additional parts including access codes for textbooks. Might be an ex-library copy and contain writing/highlighting. Seller Inventory # DS-0575033657-3

Book Description Victor Gollancz, 1983. Condition: Good. A+ Customer service! Satisfaction Guaranteed! Book is in Used-Good condition. Pages and cover are clean and intact. Used items may not include supplementary materials such as CDs or access codes. May show signs of minor shelf wear and contain limited notes and highlighting. Seller Inventory # 0575033657-2-4

Book Description Victor Gollancz, 1983. Condition: Good. Ships from the UK. Former Library book. Shows some signs of wear, and may have some markings on the inside. Seller Inventory # GRP116226878