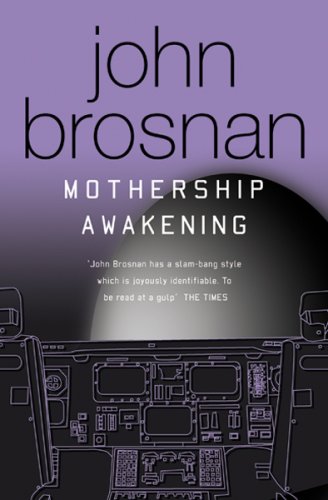 Jad may have been a disaster as a court jester, but his natural attributes - he's shrewd, devious, cunning, not to mention a born liar - kept him and Prince Kender alive when he got dragged off on a spying mission. But life back in Capelia is not quite as wonderful as Jad had remembered, all those nights on the run from vicious aliens, or cowering in fear from egomaniacal warlords ...Ken's been married off to Princess Petal - and what sort of a name is that? - and Jad's former job has been taken over by someone with an obvious talent for pratfalls and juggling. On top of that, he rather misses the shrewish, lying Alucia, for whom he risked life and limb several times over. And now he knows his world is actually a giant generation ship travelling through space, settling down to a life of pastoral ignorance just doesn't work. Frankly, life in Capelia is boring. So Jad decides to give up a life of ease to search for Alucia his (secretly) One True Love. And, just in passing, to find out exactly what happened to all those aliens intent on taking over Urba and wiping out the human population ...

About the Author:
John Brosnan was born in Australia, but lived in London for most of his adult life. A journalist, film critic and novelist, his work appeared in many national newspapers and genre magazines. He was the author of a number of critically acclaimed film books, including MOVIE MAGIC, FUTURE TENSE and the seminal work THE HORROR PEOPLE. he wrote several sf and fantasy novels and, as half of 'Harry Adam Knight', a number of bestselling horror novels. He died suddenly in April 2005.