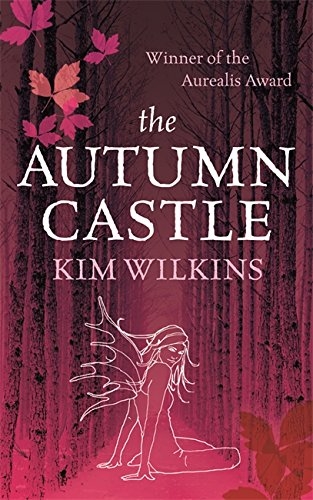 Berlin in autumn: Christine Starlight is living in an artists' colony in the crumbling urban shadows of the old east. Her lover Jude is a painter; his beauty and patience help her bear the chronic pain that is a legacy of the car crash that crippled her and killed her beloved parents. Out of the blue comes a crimson-haired beauty, who presides over a land where a witch dwells in a well, a wolf is the queen's counsellor and fate turns on the fall of an autumn leaf. For a brief span, the lands of faery and mortal man march hand in hand and Queen Mayfridh has taken the chance to seek out Christine, her childhood friend. But dealings with faeryland are never simple: as Christine yearns for Mayfridfh's world, where mortals feel no pain, so Mayfridh in turn is becoming addicted to Christine's, where there are tastes and textures and the danger of forbidden love. As secrets and jealousies and betrayals begin to unpick the threads that bind their lives, so yet another danger stalks them: the cruel and brilliant billionaire sculptor Immanuel Z. He is hunting faery bones for the grandest sculpture of them all ...

Born in London, Kim Wilkins moved to Australia when she was four. She had a variety of bad jobs - hospitality, typing, and indulging an embarrassing wish to be an alternative-rock goddess - before going to university; with an English degree with first class honours, a university medal, and an MA in creative writing under her belt she's now working on her Ph.D. Her first novel, The Infernal won the 1997 Aurealis Awards for best horror novel, and best fantasy novel and was followed by Grimoire, The Resurrectionists and Fallen Angel (Angel of Ruin in Australia), as well as a young adult series about a teenage psychic detective. She is married with a young son.

Christine Starlight lives in Berlin in a hotel owned by Immanuel Z, who hunts and kills Faeries. Christine stumbles into the Land of Faerie and is sought by Mayfridh, a childhood friend and Queen of the Faeries. Christine must keep Mayfridh and her world safe from Immanuel Z. Richard Aspel reads this strange tale with jarring accents of loud Germans, louder Swedes, and unusual Aussies. Christine is American, but Aspel can't settle on one accent, and his tone is whiny. The dialogue is childlike even while Immanuel Z describes in vivid detail sadistic murders of Faeries, whose bones he uses for his sculptures. If you like faeries, don't venture into this tale. M.B.K. © AudioFile 2006, Portland, Maine-- Copyright © AudioFile, Portland, Maine