Items related to The Price of Darkness (DI Joe Faraday) 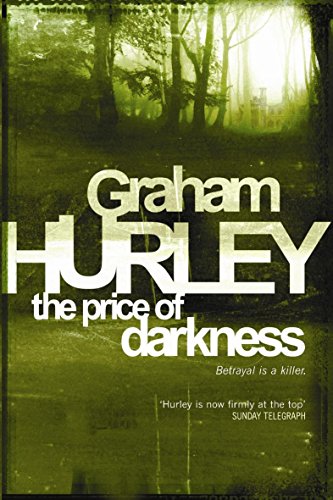 DC Winter has gone undercover in an attempt to infiltrate the inner circle of the city's premier drug lord. Isolated from his colleagues, resenting the way his superiors have presented him the job as a fait accompli, and abroad in a world where money is easy and respect is earned in brutally straightforward ways, Winter is in his element—worryingly so. Concerns among his superiors that Winter may finally have had too much temptation put in his path are soon supplanted by two vicious murders. First a high-profile local property developer is shot, with clinical efficiency, in his own bed. A few days later a government minister is assassinated while his car is stuck in a traffic jam. A fevered investigation begins with Winter's erstwhile boss, detective inspector Faraday, in charge. With clues hard to come by, the government panicking, and the anti-terrorist branch circling, Faraday is shoved off the case and left in charge just of the investigation into the property developer's murder. Faraday is also tasked with keeping track of Winter and soon discovers that Winter, the arch-conspirator, has been set up. As Winter begins to realize what his bosses had in mind for him and Faraday begins to put together the pieces of a heartbreaking story of personal and political betrayal that may well link the two murders, The Price of Darkness becomes a study of the desperate measures some people take when their friends and their society let them down.

Graham Hurley is the award-winning author of the DI Joe Faraday series, as well as several other works of fiction.

Detective Paul Winter goes undercover to investigate a drug kingpin. Meanwhile, Detective Joe Faraday, Winter's superior, is assigned to investigate the murder of a property developer and the assassination of a government minister by two motorcyclists. Their investigations eventually coalesce, with Winter's role and motivation at issue. While the story is clever and at times riveting, it's a bit long and contains some questionable subplots. Narrator Tim Pepper's adeptness with dialogue helps the novel flow smoothly. Pepper is particularly effective at evoking the tension between Winter and Faraday as the men recognize that their investigations are leading to conclusions neither of them is comfortable with. D.J.S. © AudioFile 2010, Portland, Maine

Book Description Orion Publishing. Paperback. Condition: GOOD. Spine creases, wear to binding and pages from reading. May contain limited notes, underlining or highlighting that does affect the text. Possible ex library copy, thatâ ll have the markings and stickers associated from the library. Accessories such as CD, codes, toys, may not be included. Seller Inventory # 3057108395

3. The Price of Darkness

Book Description Orion Publishing Group, Limited. Paperback. Condition: Very Good. A copy that has been read, but remains in excellent condition. Pages are intact and are not marred by notes or highlighting, but may contain a neat previous owner name. The spine remains undamaged. At ThriftBooks, our motto is: Read More, Spend Less. Seller Inventory # G0575080558I4N00

Book Description Paperback. Condition: Good. The book has been read but remains in clean condition. All pages are intact and the cover is intact. Some minor wear to the spine. Seller Inventory # GOR008322659

Book Description Paperback. Condition: Very Good. The book has been read, but is in excellent condition. Pages are intact and not marred by notes or highlighting. The spine remains undamaged. Seller Inventory # GOR001599841

Book Description -. Paperback. Condition: Very Good. The Price of Darkness (Di Joe Faraday) This book is in very good condition and will be shipped within 24 hours of ordering. The cover may have some limited signs of wear but the pages are clean, intact and the spine remains undamaged. This book has clearly been well maintained and looked after thus far. Money back guarantee if you are not satisfied. See all our books here, order more than 1 book and get discounted shipping. Seller Inventory # 7719-9780575080553

Book Description Orion Publishing, 2008. Condition: Good. A+ Customer service! Satisfaction Guaranteed! Book is in Used-Good condition. Pages and cover are clean and intact. Used items may not include supplementary materials such as CDs or access codes. May show signs of minor shelf wear and contain limited notes and highlighting. Seller Inventory # 0575080558-2-4

Book Description Orion 24/01/2008, 2008. Paperback. Condition: Very Good. Shipped within 24 hours from our UK warehouse. Clean, undamaged book with no damage to pages and minimal wear to the cover. Spine still tight, in very good condition. Remember if you are not happy, you are covered by our 100% money back guarantee. Seller Inventory # 6545-9780575080553