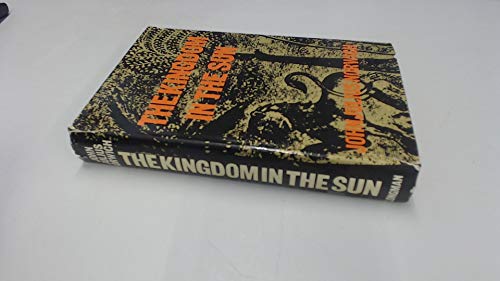 There were two Norman Conquests. John Julius Norwich is writing about the 'other' one, the conquest of Sicily.  When on Christmas Day 1130, Roger de Hauteville had himself crowned first King of Sicily, the island entered a golden age. Norman and Italian, Greek and Arab, Lombard, Englishman and Jew all contributed o a culture that was as brilliant as it was cosmopolitan; to an intellectual climate that attracted the artists the artists and scholars of three continents; and to an atmosphere of racial and religious toleration unparalleled in Europe. Sixty-four years later to the day, the sun set on the Sicilian Kingdom; but its glory lives on in such dazzling monuments as the Palatine Chapel in Palermo or the cathedrals of Monreale and Cefalu. In this, the second volume, John Julius Norwich tells the story of the Kingdom in all its splendour, through the reigns of the grotesquely misnamed William the Bad and the Good to the bastard Tancred desperately struggling to preserve his country's independence. We read too of St Bernard, magnetic but insufferable, of Adrian 1V, the only English Pope and of a surprising number of other compatriots including Richard the Lionheart (behaving abominably in Messina), his sister Queen Joanna of Sicily, and the sinister Walter of the Mill, the only man in history regularly to sign himself Emir and Archbishop.This is narrative history at its most scintillating, but it is also a superb traveller's guide, listing, as it does, every Norman building still extant on the island. John Julius Norwich's full history of Norman Sicily is in two volumes: The Norman in the South and The Kingdom in the Sun. Both are available in Faber Finds.

John Julius Norwich was born in 1929. He joined the British Foreign Service after studying French and Russian at Oxford, and left the service in 1964 to become a writer. He has also worked extensively in radio and television, hosting the popular BBC radio panel game My Word! for several years, and writing and presenting historical documentaries. His many books include an acclaimed Byzantium trilogy., John Julius, 2nd Viscount Norwich, was born in 1929, the son of the statesman and diplomat Alfred Duff Cooper (1st Viscount) and the Lady Diana Cooper. He was educated at Upper Canada College, Toronto, at Eton, at the University of Strasbourg and on the lower deck of the Royal Navy before taking a degree in French and Russian at New College, Oxford. In 1952 he joined the Foreign Service, where he remained for twelve years, serving at the embassies in Belgrade and Beirut and with the British Delegation to the Disarmament Conference at Geneva. In 1964 he resigned from the service in order to write. His many and varied publications include two books on the medieval Norman Kingdom in Sicily, The Normans in the South and The Kingdom in the Sun, which are published by Faber Finds; The Architecture of Southern England; Glyndebourne; and A History of Venice, originally published in two volumes. He is also the author of a three-volume history of the Byzantine Empire. He has written and presented some thirty historical documentaries for television, and is a regular lecturer on Venice and numerous other subjects.