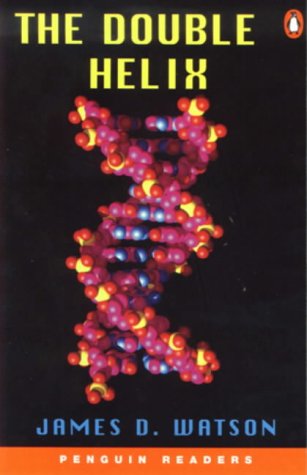 The discovery of the structure of DNA, the unique code that shapes human genes was made by Francis Crick and James Watson. The Double Helix reveals the excitement of the Nobel Prizewinning Crick and Watson as they beat Linus Pauling to the solution of one of the enigmas of science.

James Watson was born in Chicago in 1928. He studied zoology at the University of Chicago, and was awarded his Ph.D. at Indiana University in 1950. Between 1950 and 1953 he worked at Copenhagen and Cambridge, where together with Francis Crick he solved the structure of DNA, for which they received a share of the Nobel Prize in 1962. His other publications include THE MOLECULAR BIOLOGY OF THE GENE and THE MOLECULAR BIOLOGY OF THE CELL. He lives in the USA.

Book Description Paperback. Condition: Very Good. The book has been read, but is in excellent condition. Pages are intact and not marred by notes or highlighting. The spine remains undamaged. Seller Inventory # GOR001787968

Shipping: US$ 15.64
From United Kingdom to U.S.A.
Destination, rates & speeds

Book Description Paperback. Condition: Good. The book has been read but remains in clean condition. All pages are intact and the cover is intact. Some minor wear to the spine. Seller Inventory # GOR003730857

Shipping: US$ 15.64
From United Kingdom to U.S.A.
Destination, rates & speeds