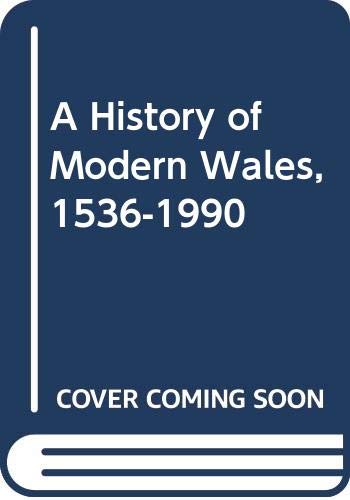 Wales can be described as England's oldest colonial conquest, but centuries of political subjection have not destroyed the Welsh identity. The existence and survival of Wales thus represents one of the least understood parts of the "British Question" in national politics, the quest for a proper relationship between England and its Celtic neighbours. This book describes how the older Welsh elites merged their fortunes with those of the emerging British state, while being slow to renounce traditional cultural and linguistic loyalties. This history stresses the long-standing patterns of continuity that mark so many features of Welsh life, with a strong emphasis on the distinctive political and religious traditions to be found in the numerous separate communities that comprise the wider nation of Wales. This sense of local particularism and identity is seen as one of the strengths of Welsh life, yet at the same time as a major obstacle to any quest for national identity. In addition, the book emphasizes the long-established Welsh tradition of using history as a weapon in current political and religious struggles. Though the consequences have not been as lethal as in Ireland, Welsh historians have often generated and transmitted powerful myths about past persecutions and triumphs; and a major concern of the book is to understand this process of myth-making.

`His reputation as one of the liveliest Welsh historians of the younger generation is amply confirmed by his History of Modern Wales, where he presents a brightly written and original outline of the subject.'English Historical Review

Buy Used
Condition: Near Fine
hardback, 8vo, a near fine tightly... Learn more about this copy