Items related to Wheelworld (To the Stars Trilogy)

Wheelworld (To the Stars Trilogy) 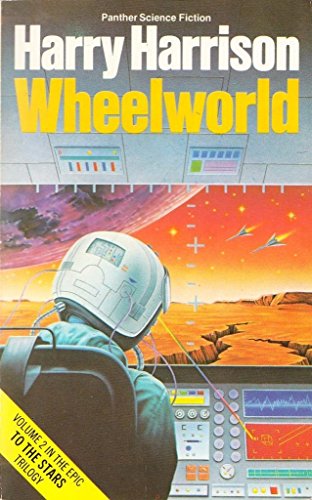 Too dangerous to live. Too valuable to kill.

Jan Kulozik is in exile: sentenced to service the machines of Halvork, the farmworld that grows crops to fill the holds of Earth's grain-ships. This Wheelworld, baked by eternal summer, is a world of peasants enslaved by a handful of powerful families.

Then disaster. One year the ships do not come; starvation threatens Halvmork. Jan rallies the people for their own survival, and guides them on a perilous trek across half a planet. Battling heat and savage creatures, earthquakes and volcanoes, fighting the violence and treachery of the Families, Jan leads the people of Wheelworld to their new destiny.

Harry Harrison is an American science fiction author best known for his character the Stainless Steel Rat and the novel Make Room! Make Room! (1966), the basis for the film Soylent Green.

1. Wheelworld Vol 2 in the To the Stars Trilogy [Mass Market Paperback] Harrison, Harry