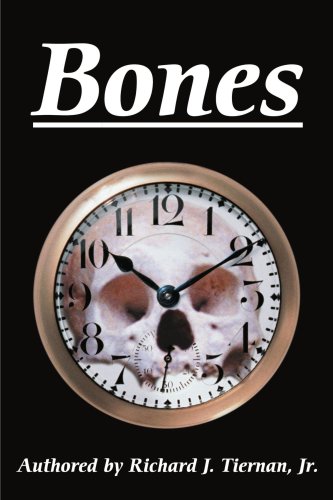 When the nine thousand year-old bones of a man are found near the little town of Black River, local Indians dispute archeologists over the use of the bones. But, former FBI computer expert, Mary Webber, working for the Black River Sheriff's Office, matches the bones to a missing man from modern time. A top secret, government agency, led by Mark Denver, races against time to change history before local sheriff's detective, Frank McDermott, and his new love, Mary Webber, unearth the mystery of the bones. Follow the mystery, romance, intrigue, and adventure as one mystery is unraveled only to start an adventure in time for government agent, Capt. Paul Andrews, who must go back to the past to recover his best friend and correct history.

Richard Tiernan was born in Rochester, N.Y. in 1946. He received a Bachelor degree in Mechanical Engineering in 1969 from the University of Detroit. After working most of his career in the design and development of jet engines, obtaining five U.S. patents, he retired from engineering in March of 2000, and began a new career writing his first novel, Bones.

Book Description iUniverse, Incorporated. Paperback. Condition: Good. A copy that has been read, but remains in clean condition. All pages are intact, and the cover is intact. The spine may show signs of wear. Pages can include limited notes and highlighting, and the copy can include previous owner inscriptions. At ThriftBooks, our motto is: Read More, Spend Less. Seller Inventory # G0595199259I3N00

Book Description iUniverse, 2001. Condition: Good. A+ Customer service! Satisfaction Guaranteed! Book is in Used-Good condition. Pages and cover are clean and intact. Used items may not include supplementary materials such as CDs or access codes. May show signs of minor shelf wear and contain limited notes and highlighting. Seller Inventory # 0595199259-2-4