Items related to 22 Stories: Falling Upward through the Tarot

22 Stories: Falling Upward through the Tarot 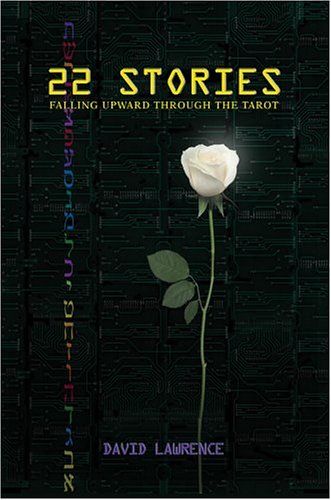 Virtual Design is throwing a party in their 22-story Executive Building, and Phillip and Emily have been invited. But these two have a much bigger goal than career networking; they want to regain their missing memories. Recently released from a secret company experiment called Project Immersion, they do not remember much of anything that was done to them during the entire nine months it lasted.

A co-worker has tipped them off to the fact that a lot of important people will be in attendance tonight...people that will be able to shed some light on the project. So Phillip and Emily embark on a hunt for answers that will become a metaphysical journey leading them, as they climb from floor to floor, up out of ignorance, through the dark depths of their inner psyches, and into an enlightened spiritual consciousness.

It is going to be a long night.

Note: The novel's events loosely follow the linear progression of the 22 cards of the Major Arcana of the Rider-Waite tarot deck, as outlined by Rachel Pollack in Seventy-Eight Degrees of Wisdom.