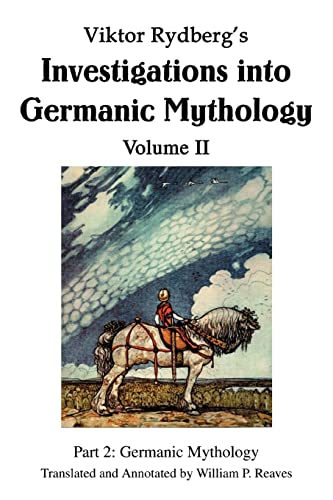 Six 'new' essays on Norse mythology by the Swedish poet and scholar, Viktor Rydberg (1828?1895), translated into English for the first time. Representing half of the second volume of Rydberg's two-volume Undersökningar i Germanisk Mythologi, this work includes:Later Germanic Myths, exploring aspects of their relationship to other Indo-European systems. Towards the Baldur Myth, an analysis of the proto Indo-European myth of the Divine Twins, and an investigation of Baldur and Hödur's character in the North.Hárbarđsljóđ, a case for identifying the famous ferryman of the Eddaic lay with Thor's rival, the cunning Loki.Brisingamen's Smiths, an examination of the nature of dwarves in Norse mythology and folklore.An Overview of the Mythic Epic, a complete chronological outline of the mythic events preserved in the Eddas and elsewhere, based on Rydberg's comprehensive study of the Germanic source material.Insightful research from the dawn of Eddaic studies, these controversial essays remain as relevant today, as they were when they were published over a century ago.This is the second part of a two-part set.

Viktor Rydberg (1828-1895). Universally recognized as Sweden's greatest Romantic poet, Rydberg was a journalist, novelist, and distinguished scholar who remained a significant influence on Swedish cultural life for many years.William P. Reaves is the translator of Viktor Rydberg's Our Fathers' Godsaga (2003).