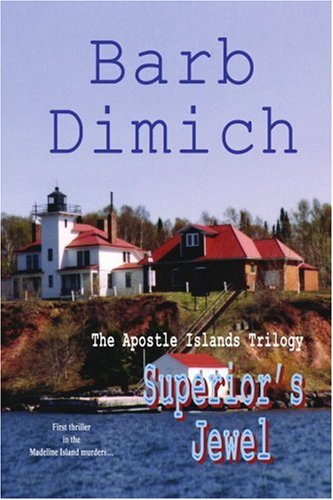 A dauntless street sergeant with the Minneapolis Police Department, Kat LeNoir possesses courage and confidence until she shoots a man to death in the line of the duty. Follow it up with another near death encounter on a hot city night and Kat suddenly finds herself incapable of serving the citizens or commanding her patrol. There’s only one way out—to resign.

Emptied of life, terrified of failure, Kat returns to Madeline Island and discovers island peace shattered by the crosscurrents of her hometown’s first murder and an outsider homicide cop on a two-year search for a killer of sixteen-year-old girls. While it’s clear nothing will stand in his way of catching a crazed killer, especially a lady cop who couldn’t hack it, it’s also clear that his determination and her dwindling courage turn into a battle of wills that can salvage or destroy what’s left of Kat’s pride.

Barb Dimich once took 911 calls about real-life tragedies for the Minneapolis Police Department. Now she’s turned her experience into fiction and her stories take you inside the crime scene tape. Barb resides in Minnesota between the BWCA and the “big” lake.

Book Description iUniverse 2007-01-01, 2007. Paperback. Condition: Good. Item is in good condition. Some moderate creases and wear. This item may not come with CDs or additional parts including access codes for textbooks. Might be an ex-library copy and contain writing/highlighting. Seller Inventory # DS-0595427677-3