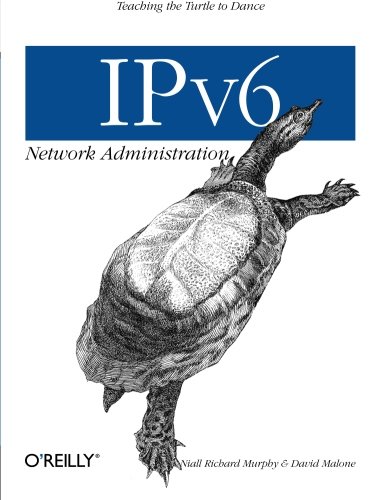 What once seemed nearly impossible has turned into reality. The number of available Internet addresses is now nearly exhausted, due mostly to the explosion of commercial websites and entries from an expanding number of countries. This growing shortage has effectively put the Internet community--and some of its most brilliant engineers--on alert for the last decade.Their solution was to create IPv6, a new Internet standard which will ultimately replace the current and antiquated IPv4. As the new backbone of the Internet, this new protocol would fix the most difficult problems that the Internet faces today--scalability and management. And even though IPv6's implementation has met with some resistance over the past few years, all signs are now pointing to its gradual worldwide adoption in the very near future. Sooner or later, all network administrators will need to understand IPv6, and now is a good time to get started.IPv6 Network Administration offers administrators the complete inside info on IPv6. This book reveals the many benefits as well as the potential downsides of this next-generation protocol. It also shows readers exactly how to set up and administer an IPv6 network.A must-have for network administrators everywhere, IPv6 Network Administration delivers an even-handed approach to what will be the most fundamental change to the Internet since its inception. Some of the other IPv6 assets that are covered include:

IPv6 Network Administration explains what works, what doesn't, and most of all, what's practical when considering upgrading networks from the current protocol to IPv6.

Niall Murphy has worked in the I.T. and Internet industries since 1995. His initial exposure to computers came with an Amstrad CPC 464 in the early 1980s, from which he never recovered. In college, Niall founded the UCD Internet Society which, at its height, gave Internet access to over two and a half thousand students who would not otherwise have had it. He also played way too much chess.

During the process of obtaining a degree in Computer Science and Mathematics, he held down a variety of programming, system and network administration and security-related jobs. After college, he went on to found his own consulting company, and participate in the start-up phase of a large number of companies and projects including Club Internet, Digifone On-Line, and Hutchison 3G. He used to run the root nameservers for Ireland, and is proud of having started five RIPE LIRs.

He has experience in networking of almost every kind (with the grateful exception of X.25) UNIX and Windows system administration, C systems programming, Perl, PHP, database creation and management, and Internet/IP services of all kinds, with specialities in database-backed web applications, wireless networking and next-generation networking.

As per the old adage, he thinks UNIX is the worst operating system there is, apart from all the others. He is a published poet, RFC co-author and O' Reilly co-author who does landscape photography for fun; you can see some of his work at South Bull Photography.

David Malone is a mathematician-cum-sysadmin. He is a researcher in the Hamilton Institute in Maynooth, Ireland, working on mathematical models of communications networks. Since 1994, he's also been a member of the sysadmin team of the School of Mathematics located in Trinity College Dublin, Ireland. There he helps to maintain a Unix-like service provided by FreeBSD and Linux machines. Naturally, they all speak IPv6.