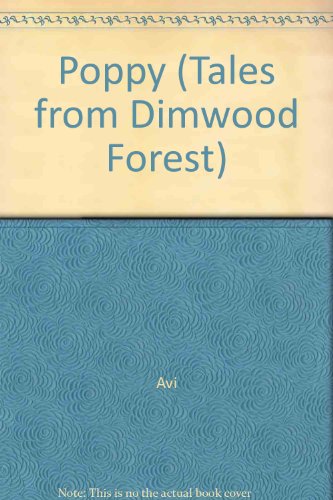 Poppy the deer mouse urges her family to move next to a field of corn big enough to feed them all forever, but Mr. Ocax, a terrifying owl, has other ideas

Ask Avi how you know when you're a real writer and his answer is simple: "I think you become a writer when you stop writing for yourself or your teachers and start thinking about readers." Avi made up his mind to do that when he was just a senior in high school.

Avi was born in 1937 in New York City and was raised in Brooklyn. Kids often ask him about his name. "My twin sister gave it to me when we were both about a year old. And it stuck." To this day, Avi is the only name the author uses.

As a kid, Avi says, he was "shy, not into sports, but someone who loved to read and play games of imagination." He did not consider himself a good student, though. "In elementary school I did well in science, but I was a poor writer. When I got to high school I failed all my courses. Then my folks put me in a small school that emphasized reading and writing." What made him want to become a writer? "Since writing was important to my family, friends and school, it was important to me. I wanted to prove that I could write. But it took years before I had a book published."

Avi didn't start off as an author of children's books but as a playwright. It was only when he had children of his own that he started to write for young people.

When asked if writing is hard for him, Avi gives an unequivocal YES. "But," he goes on, "it's hard for everyone to write well. I have to rewrite over and over again, so on average it takes me a year to write a book." Where does he get his ideas? "Everybody has ideas. The vital question is: What do you do with them? My wife, a college teacher, uses her ideas to understand literature. My rock musician sons shape their ideas in to music. I take my ideas and turn them into stories."

Avi's advice for people who want to write: "I believe reading is the key to writing. the more you read, the better your writing can be." He adds, "Listen, and watch the world around you. Don't be satisfied with answers others give you. Don't assume that because everyone believes a thing, that it is right or wrong. Reason things out for yourself. Work to get answers on your own. Understand why you believe things. Finally, write what you honestly feel, then learn from the criticism that will always come your way."Avi's many award-winning books for young readers include the Newbery Honor Books Nothing But the Truth and The True Confessions of Charlotte Doyle, as well as more Tales from Dimwood Forest, including Poppy, winner of the Boston Globe/Horn Book Award, Poppy and Rye, and Ragweed. His many other books include tales of mystery, fantasy, and historical fiction for young readers of all ages.