Items related to Mindquakes: Stories to Shatter Your Brain

Mindquakes: Stories to Shatter Your Brain 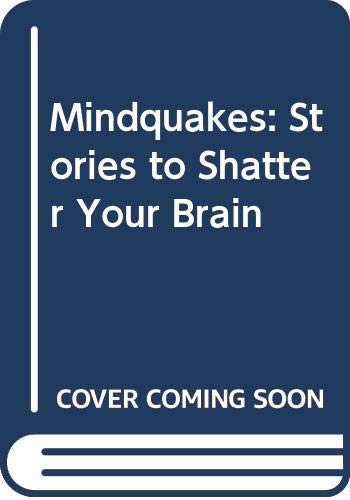 A collection of spooky tales includes the stories of an autistic boy who paints frighteningly real pictures, a vain teenager who subscribes to an unorthodox medical procedure, and a pair of siblings whose practical joke backfires

Paintings one can step into, a vengeful Christmas tree that pins Santa to the floor, a hot tub that is home to a hungry Loch Ness monster?these are some of the unlikely objects featured in Shusterman's candy-box-like collection of 10 mildly supernatural tales, a promising kickoff to the MindQuakes series. Shusterman's (Scorpion Shards) mastery of suspense and satirical wit make the ludicrous fathomable and entice readers into suspending their disbelief. He repeatedly interjects plausible and even poignant moments into otherwise bizarre scenarios. Accompanying his workaholic mason father on one of several eerie visits to his work sites, for example, the son of divorced parents muses that he only gets to see his dad on Sundays: "Instead of making time for me, he just squeezes me into what he's already doing, whether I fit or not." Notches above the many Twilight Zone knockoffs that have found their way into print, this all-too-brief anthology will snare even reluctant readers. Ages 10-up.
Copyright 1996 Reed Business Information, Inc.

1. Mindquakes: Stories to Shatter Your Brain

Book Description Demco Media 1996-05-01, 1996. Paperback. Condition: Very Good. Item is in very good condition. If supplemental codes/CDs for textbooks are required please contact us prior to purchasing as they may be missing. Seller Inventory # DS-0606116257-2

2. Mindquakes: Stories to Shatter Your Brain