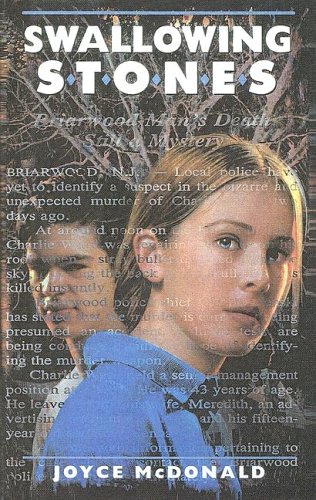 Michael fires his new rifle into the air on July Fourth, never imagining that his bullet will end up killing a man named Charlie Ward. So begins this taut drama of Michael MacKenzie and of Charlie Ward's daughter, Jenna, as the two teenagers react to the tragedy. Mournful Jenna tries to understand why she no longer feels comfortable with her boyfriend and why a near stranger named Michael keeps appearing in her dreams. Michael digs a grave for the rifle but finds that he can't bury his guilt. And the longer he hides the truth, the more people in his life he seems to hurt. Meanwhile, the police are narrowing in.

It begins with a free and joyful act--but from then on, Michael finds it impossible even to remember what it felt like to be free and joyful.  When he fires his new rifle into the air on his seventeenth birthday, he never imagines that the bullet will end up killing someone.  But a mile away, a man is killed by that bullet as he innocently repairs his roof.  And Michael keeps desperately silent while he watches his world crumble.

Meanwhile Jenna, the dead man's daughter, copes with desperation of her own.  Through her grief, she tries to understand why she no longer feels comfortable with her boyfriend and why a near stranger named Michael keeps appearing in her dreams.

Suspenseful and powerfully moving, this is the unforgettable story of an accidental crime and its haunting web of repercussions.