Items related to The Inheritance

Louisa May Alcott The Inheritance 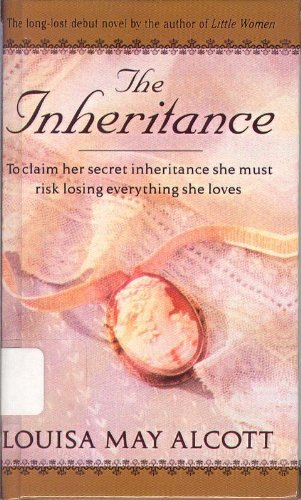 Her recently discovered first novel, The Inheritance, written when Alcott was just 17, offers readers a fascinating look at the birth of a remarkable career.

The Inheritance, set in an English country manor, is the story of Edith Adelon, an Italian orphan brought to England by Lord Hamilton as a companion for his children. With a charm reminiscent of Jane Austen's novels, Alcott's plot sets love and courtesy against depravity and dishonor -- and with the help of a secret inheritance, allows virtue to prevail.In their Introduction, Joel Myerson and Daniel Shealy relate their fortuitous discovery of Alcott's manuscript draft of The Inheritance (preserved at the Houghton Library of Harvard). They explore the forces -- both literary and personal -- that shaped the novel, and study how it foreshadowed Alcott's later work.

Louisa May Alcott was born in Pennsylvania, in 1832, the second of four daughters. After a period of serving as an army nurse, she published Hospital Sketches in 1863, followed by Gothic Romances and lurid thrillers. In 1868-9, she published Little Women, which proved so popular that it was followed by two sequels and several other novels. She died in 1888.

YA. Alcott's first novel, written at age 17 and discovered in 1988, is a delightful rags-to-riches ramble in the life of orphan Edith Adelon, who is taken in by Lord and Lady Hamilton to serve as a companion to their young daughter, Amy. When Lord Hamilton dies, Edith is treated as a servant in the household?until she saves Amy's life. Purer than pure, young Edith takes the slights and verbal abuses of her jealous rival, Lady Ida, while Lord Percy, an older, wiser, and sadder friend of young Lord Arthur Hamilton and the reason for Lady Ida's jealousy, looks on in his attempts to love Edith from a distance. Set on an aristocratic English manor in the 19th century, the plot twists and turns its way to a "happily ever after" ending. Even though characters are stereotyped and the plot is at times contrived, this precursor of Little Women is sure to be popular among budding readers of Jane Austen or sprouting young writers looking for desirable role models. This squeaky-clean novel written by an outstanding author at the beginning of her career is a desirable addition to any YA collection.?Dottie Kraft, formerly at Fairfax County Public Schools, VA
Copyright 1997 Reed Business Information, Inc.