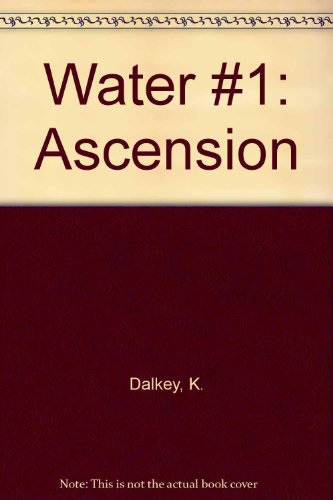 The sea is the birthplace of legends.

Nia, a young mermyd of the Bluefin clan, has had one wish all her life -- to be an Avatar in her beloved home of Atlantis. The ten Avatars rule the beautiful and peaceful undersea city alongside the ancient Farworlders, whose magic keeps their world alive. To be an Avatar is an honor and a great responsibility, and Nia dreams of taking her place among the noble ten.

Now, at sixteen, Nia has a chance to see her dream come true. Atlantis is choosing its next Avatar, and Nia knows she is supremely qualified.

But there is something Nia doesn't know -- if she gets her heart's desire, it could mean the end of her treasured world of Atlantis forever.

Kara Dalkey is the author of several fantasy books, including Little Sister, The Nightingale, and Blood of the Goddess series. She lives in Gunnison, CO.

This imaginative debut book in the Water fantasy series stars an appealing, strong-willed 16-year-old who dreams of ascending to the Low Council that, conjointly with the High Council, rules Atlantis. Nia aspires to become an Avatar like her grandfather, one of 10 mermyds who pair off with a highly intelligent alien Farworlder to govern their underwater city. But Nia's Bluefin clan chooses Garun, her "hardly noticeable" cousin to represent them in the Trials, the contest to select a new council member. And Nia soon learns that her underwater city "is not quite the perfect and open place it seems." First, Nia discovers a secret prison holding an Avatar and his Farworlder, then she realizes that her grandfather is manipulating the trials in Garun's favor. Dalkey's intriguing marine world brims with descriptions of Atlantis and mermyd life, including details of the Trials and the ceremony joining Avatar and Farworlder not to mention the mystery surrounding Garun's likely ascension to the council. Some of the plotting, however, seems truncated next to all this exposition: for example, the alliance between Nia's boyfriend, Cephan, and the imprisoned Avatar could have been more clearly drawn, and readers never learn why Nia's family opposes her entering the Trials. Perhaps more will be revealed in the next installment, Reunion (due in April), but even given these vagaries, readers will relate to the heroine, from her jealousy of Garun to her excitement at seeing Cephan. There is enough intrigue right to the finish to keep this story afloat. Ages 12-up.
Copyright 2002 Cahners Business Information, Inc.