Items related to A Field Guide to the Atlantic Seashore: From the Bay...

Peterson, Roger Tory A Field Guide to the Atlantic Seashore: From the Bay of Fundy to Cape Hatteras (Peterson Field Guides)

A Field Guide to the Atlantic Seashore: From the Bay of Fundy to Cape Hatteras (Peterson Field Guides) 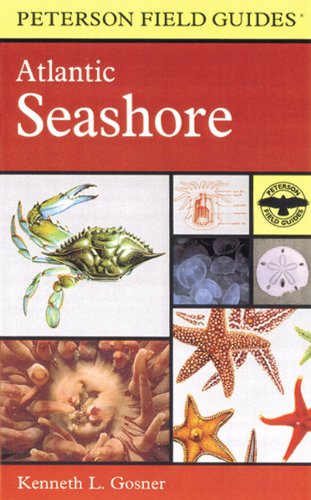 More than 1,000 illustrations, arranged according to visual similarities, show plant and animal species of the Atlantic Coast from the Bay of Fundy to Cape Hatteras. This guide includes information on how to locate each species by geographic range, tidal range, tidal level, season, topography, and climate.

Roger Tory Peterson, one of the world's greatest naturalists, received every major award for ornithology, natural science, and conservation as well as numerous honorary degrees, medals, and citations, including the Presidential Medal of Freedom. The Peterson Identification System has been called the greatest invention since binoculars. These editions include updated material by Michael O'Brien, Paul Lehman, Bill Thompson III, Michael DiGiorgio, Larry Rosche, and Jeffrey A. Gordon.