Items related to Encounter With Tiber 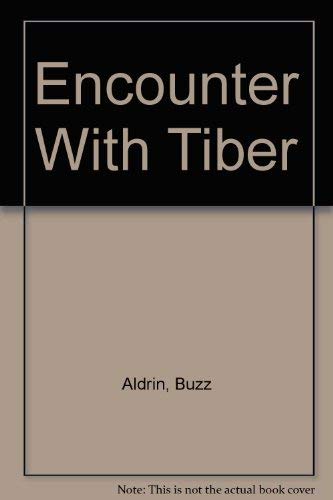 The Tiberians--long-extinct beings that once visited Earth--have left a record of their civilization on the Moon and Mars. In a cruel twist of fate, veteran astronaut Chris Terence loses his life trying to recover this treasure. Yet his family is determined to continue the mission--leading them on an epic adventure to Mars and beyond, in a race to avoid the Tiberians' doomed destiny.

Buzz Aldrin, one of manned space flight's pioneers, has helped create a stunning, possibly prophetic novel of the future of space exploration. A radio beacon from an unknown world leads an astronaut to disaster on the Moon -- and his son far beyond that as he searches for the key to the mystery of Tiber, a civilization who left artifacts in the solar system some 9,000 years ago, with sufficient impact on human affairs to explain some odd references in the Bible. The villains of the book are not the aliens, but the benighted politicians with the minds of accountants who won't fund the necessary scientific derring-do to save the world -- apparently an affliction which alien astronauts also have to bear.

You can read an exclusive interview with Buzz Aldrin written by Frank Braun.

Alien-contact/ancient-astronaut ``infotainment'' from Aldrin, the second man on the moon (Men from Earth, 1989, etc.) and leading novelist Barnes (Mother of Storms, 1994, etc.). By 2006, various space programs proceed in desultory fashion, spurred mostly by private enterprise and the prospect of space tourism. Then a message arrives from Alpha Centauri revealing the presence of alien encyclopedias on the moon and Mars, left by visiting alien Tiberians in 7000 B.C. In an attempt to recover the encyclopedia on the moon, Earth's leading astronaut, Chris Terence, dies, and the encyclopedia is destroyed. So, a multinational effort gears up to reach Mars and recover the information at all costs. Among all that alien advanced technology, investigators discover, is a chronicle describing how the Tiberians--``alien'' mostly in a metaphorical sense--sent forth starships from their doomed homeworld to colonize as many new planets as they could. The first Tiberian expedition, touching down in the Middle East, resulted in a bloodbath and their enslavement by Stone Age humans. Fifty years later, a wiser second expedition rescued the survivors and determined just in time that the Tiberians couldn't survive on Earth permanently due to biochemical incompatibilities; they retreated to the moon and then to Mars, where they died out. Bulging with facts and explanations--most of them, unfortunately, at the expense of plot, character, and narrative momentum. Still, Aldrin brings an unmistakable hands-on realism to the details of space exploration, and Barnes lends his expertise to the overall structure and packaging. (Author tour) -- Copyright ©1996, Kirkus Associates, LP. All rights reserved.