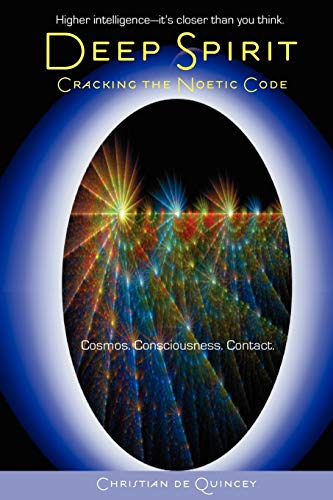 It's early in the 21st century. Visions and dreams of millions are about to become reality with a shift in global consciousness. The key: a worldwide quest for the "noetic code," a new way of knowing that builds on the ancient wisdom traditions of shamans, the perennial philosophy of mystics, and the profound insights of modern science. But the quest is threatened by a powerful force determined to keep the Great Dream down. Corporate greed and consumerism have pushed the planet to the brink of ecological collapse. Something needs to change, and fast. 'Jurassic Park' brought to life the power of the genetic code, and scared us with 60-million-year-old dinosaur genes. Now, 'Deep Spirit' inspires us with a 14-billion-year-old echo from the Big Bang, and opens up the secrets of the noetic code-the way to higher intelligence and a sane and safer world. There's no bigger story.