Items related to Blood Over Badge 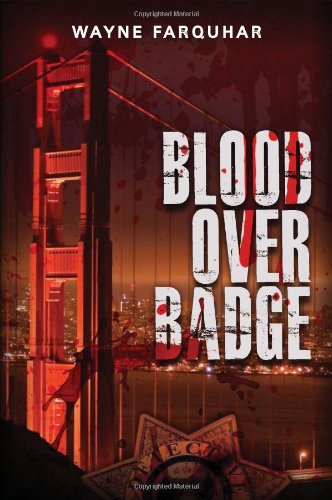 The murder of the daughter of the mayor of San Francisco sets the stage for this intriguing and spellbinding crime thriller. Two police detectives, Jack Paige and Casey Ford, are assigned to catch a cold-blooded rapist and killer. The unrelated mysteries of two murderers seem to come together and make little sense. What does a man rotting away in Angola Penitentiary have to do with a rapist and killer now on the run from California to Texas? What is the relationship to the killing of the mayor’s daughter? Blood over Badge takes readers on a real-world tour de force exploring the underbelly of police and detective work. It asks important questions about our justice and penal systems and explores the nature and gray areas of good, evil, immorality, love, loyalty, and family promises. Readers will be left wholly satisfied with an incredible and shocking ending well worth the read.

Wayne Farquhar is a twenty-eight-year veteran working with the San Jose Police Department in California. He has worked through the ranks from officer to lieutenant with detective assignments in sexual assaults, homicide, and internal affairs. He has also worked undercover assignments in child exploitation, child pornography, and vice. He spent ten years as a street cop and hostage negotiator. Wayne has worked on federal task forces with the Bureau of Alcohol, Tobacco, Firearms, and Explosives (ATF) and the Federal Bureau of Investigation (FBI). He has appeared on national television on America’s Most Wanted on a murder investigation. Blood Over Badge is his first effort in crime-thriller fiction, and he hopes to write more books and speak to larger audiences about his experiences in law enforcement.