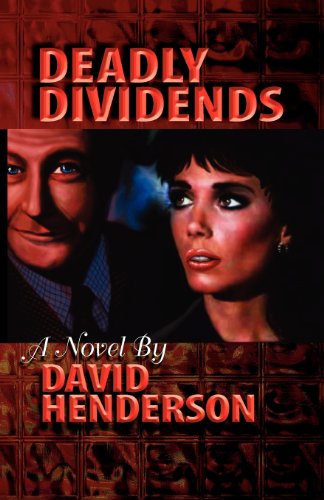 Author's Note: Unless you're a collector of First Editions, I would highly recommend skipping this one and going to the updated version, "Escape!", with 70 more pages, a restyled cover, and deeper plot and character development.  Not to mention a far better price tag.       -DEH

David Emil Henderson began his journalism career in 1960s magazines, when he crafted personal interviews with Henry Fonda, Barbra Streisand, Robert Preston, Charlton Heston, and other luminaries, along with a broad range of news and features.

As editor for a Chicago suburban newspaper chain owned by Time, Inc., Henderson directed the editorial content of five newspapers, including The Evanston Review, chosen by a national newspaper publishers' association as First in the Nation for General Excellence. Later, as editor and publisher of a Montana newspaper, he won the state press association's top awards for editorial writing, column writing, feature stories, and news reports.

In California, he created national print and video marketing programs for nine San Francisco Bay Area daily newspapers, including those owned by Gannett, The Tribune Company, Media News Group, and The New York Times. Henderson and his wife now own a small-market publishing enterprise in Northern California.

David Emil Henderson, not to be confused with several other authors named David Henderson, has published two novels as of January 2013. They include:

!. "Escape!", a romantic thriller that hurries to keep pace with Architect Grey Harper and his dazzling companion, Elissa Bennett Pope, as they race 2250 miles from a Fort Sheridan, Illinois crime scene to a cliff-top climax on the California coast.

2. "Montana Midnight," a tense and often humorous portrait of a small town caught in a fiery clash between environmental militants and corporate kingpins. Rich in local lore and characterizations, it's drawn from Henderson's busy decade of publishing the news in the nation's fourth-largest state.