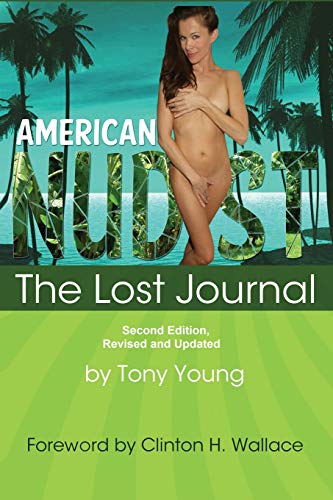 Second Edition, Revised and Updated, 2016 More than a how-to book. More than a nude beach update. "American Nudist" is the story of a Hawaii- born nudist's unique life, his personal and political struggles and the creative work that resulted. "American Nudist" collects journalist/filmmaker Tony Young's articles on the naturist lifestyle, chronicles his experiences organizing the Hawaii Skinnydippers in the 1990s, along with his controversial poetry and short stories.

Tony Young is a prolific freelance writer with articles, fiction, and drama printed in Naturist newspapers and magazines beginning in the 1990s, including Bare in Mind, N: Nude and Natural, Naturally, and Naturist Life International. Young graduated from the University of Hawaii at Manoa with a B.A. in English and Theatre and is currently active in the Hawaii theater scene. In 1996, he won the Kumu Kahua Playwriting Award for One Acts for his play, “Accumulating Scars.” He has also written several screenplays and starred in the feature film, “American Nudist.” Screenwriting credits include, “The Last Eve” and Cinema Epoch’s “Violent Blue” and “Blue Dream” starring James Duval and Dominique Swain. He co-wrote the cult film sequel, "Samurai Cop 2: Deadly Vengeance."

Shipping: US$ 46.65
From United Kingdom to U.S.A.
Destination, rates & speeds