Items related to On Acid: A Field Guide to Altered States

Henri Michaux On Acid: A Field Guide to Altered States

On Acid: A Field Guide to Altered States 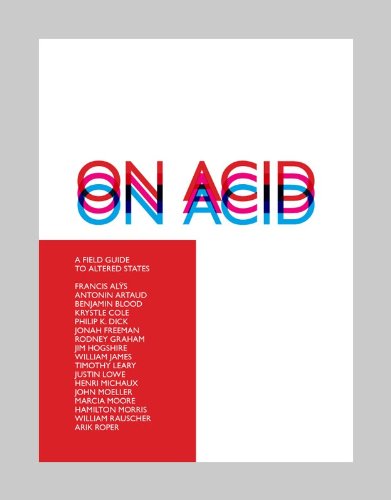 On Acid presents a radically subjective re-edit of the history of drug experience, following the emergence of drugs as a technology and modernity's conflicted obsessions with altered states. Tracing a path beginning with philosopher Benjamin Blood's 1874 pamphlet 'The Anesthetic Revelation and the Gist of Philosophy' which declares the existence of a 'majesty and supremacy unspeakable' observable only after being dosed by nitrous oxide, On Acid uses appropriated texts and images to draw a line connecting works by William James, Antonin Artaud, Timothy Leary, and various modernist explorers, to the practice of contemporary artists such as Rodney Graham, Francis Al˙s, Jonah Freeman and Justin Lowe. Removed from the familiar cultural contexts of Haight-Ashbury and Grateful Dead psychedelia, On Acid is in itself an experimental program, a recursive acidic process that mirrors the deconstructive relations to counterculture cultivated in contemporary art. The book concludes with a series of new conversations with Freeman and Lowe, Hamilton Morris and Arik Roper. 100 pages, full-color. Printed in Italy on Munken Arctic paper. Edited by William Rauscher and John Moeller, designed by John Moeller.