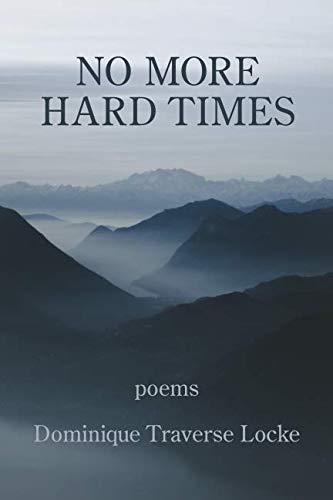 Buoyancy and Pathos are, against all odds, blended so naturally, so movingly; and above all,fused with such engagingly unguarded authenticity throughout the dualistic litany of Dominique Traverse Locke’s first full-length collection of poems, No More Hard Times. It is as if she were born to innately evoke and regionally implant the timeless spirit of Ecclesiastes.– Dan Stryk
In No More Hard Times, Dominique Traverse Locke taps the deep elemental source of ourconnections to each other. Pure, not simple; quiet, not shy—these poems share the shape of the notes long sung in her Appalachian mountains, whole and true.– Ashley Warlick

Dominique Traverse Locke received her B.A. in English from Virginia Intermont College where she served as editor of the college’s literary magazine, and received her M.F.A.in Creative Writing from Queens University of Charlotte. While at Queens, Dominique studied under poets Cathy Smith Bowers, Alan Michael Parker, Sally Keith, Claudia Rankine, Cathy Park Hong, Robert Polito, and many other masters of their craft. She has been publishing work in literary magazines such as The Sow’s Ear Poetry Review, Barely South Review, Pine Mountain Sand & Gravel, The Howl, The Clinch Mountain Review, The Dead Mule, and other fine publications regularly since 2006. Dominique’s first collection of poems, a chapbook entitled The Goodbye Child, was published by Aldrich Publishing in late spring of 2012. Two of her manuscripts were finalists in the Press 53 Open Awards, one of which won the poetry category. Her poem, “Thumb,” was a finalist in the poetry category of the STILL: The Journal 2012 Literary Contests. Additionally, her poem “By Late July” was nominated for a Pushcart Prize in 2012. Dominique is a member of the Appalachian Authors Guild and the Virginia Writers Club. She resides in the Appalachian Mountains of southwest Virginia with her husband, the poet, David Alan Locke and their six shelter rescues.