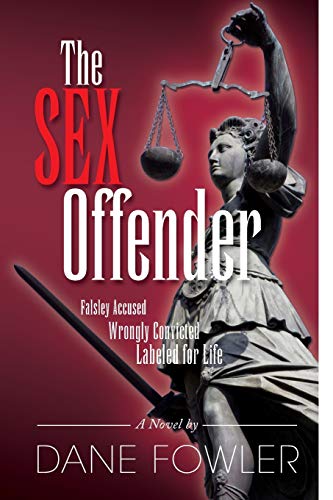 A dedicated single father is destroyed by a promiscuous 17-year-old girl and an overzealous sex-crimes Detective. Despite a weak case, the prosecutor piles on the charges, successfully forcing an innocent man to accept a 2-year plea-bargain as opposed to a life sentence should he lose at trial. Avoid time consuming trials by over charging the accused,,, Justice-by-fear! The book will expose this accepted practice. Released from prison our once happy-go-lucky protagonist resides near the lowest rung on America’s ladder. But our felon (Dayne) is smart, he executes a plan to beat his whacky accuser, the punk-lying-Detective and The District Attorney who cared nothing about guilt or innocence. Briefly without giving away the twists, turns, and punchlines, I’ll tell only this. “A wrongly convicted man writes a controversial novel that entices, bribes, and guides his accuser into recanting”. Yep! It’s quite the spectacle when the accuser sits in the witness stand and calmly recants, while putting the onus on the Detective. The prosecutor stands and violently objects during the girls testimony. While waving Dayne’s best selling book over her head, “I object your honor! If you turn to page 332 in Dayne’s book you will clearly see that the witness is reciting word for word from his novel. This is a trick! You must throw this matter out of court this instant!!” Does the judge agree? Or does Dayne’s ,,,happy ever after,,, book ending come to life? It’s not that simple, you must read “The Sex Offender” to discover all. “The Sex Offender is not about sex. It’s about a father and a son torn apart by hyperbole, a corrupt system, fear spewing propaganda and bad people.

Dane lives in Southern California. His muse is injustice, his tools are the power of the written words! As an author, Dane explores the disparity between today's legal and social climates. This cutting-edge novel cleverly exposes the hyperbole and media-rhetoric that combine to ruin the lives of the falsely accussed. This book is a must for all those concerned for a sane, common-sense approach to justice and injustice. The provacitive title "The Sex Offender" should be overshadowed by the sub-title, "Falsely Accussed, Wrongly Convicted, Labeled for Life" This novel is; Contemporary, edgy, poignant, informative, entertaining and ripe for today's trends and issues.