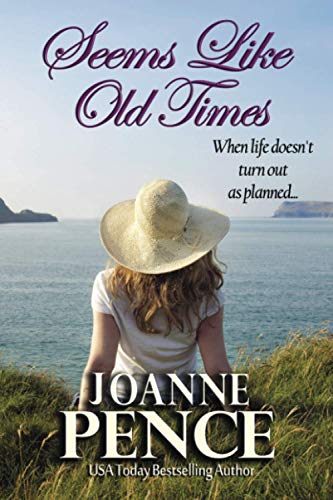 An emotionally powerful tale of love, loss, and second chances.

Lee Reynolds of New York City has achieved more fame, wealth and success than little Lisa Marie Reynolds from Miwok, California, ever imagined possible. Now, she plans to quickly ready her deceased mother's home for sale, and then to hurry back to New York. But she soon discovers that, as much as she doesn't want to be there, events conspire to cause her to finally face her past and the secret that drove her away.

The most difficult part of that past is Tony Santos. The poor son of a Mexican ranch hand he, like young Lisa, had big dreams for his future. For a while, the two of them saw their future together. But the ugliness of prejudice and ambition, expectation and failure, got in the way.

Lee is surprised to learn Tony has moved back to Miwok to raise his young son. Little does she expect that her feelings for him are still so strong...or his for her. But it is possible to forget the past? Or if not to forget, to forgive? Both she and Tony have changed a lot. Yet seeing him, simply talking with him, she finds that in her heart, it seems like old times...

Joanne Pence was born and raised in northern California. She has been an award-winning, USA Today best-selling author of mysteries as well as historical fiction, contemporary romance, romantic suspense, a fantasy, and suspense novels with supernatural elements. She has been nominated for RWA's Rita and Golden Heart awards, and for the RT Book Club Career Achievement Award. Joanne hopes you'll enjoy her books, which present a variety of times, places, and reading experiences, from mysterious to thrilling, emotional to lightly humorous, as well as powerful tales of times long past. Visit her website at: JoannePence.com.