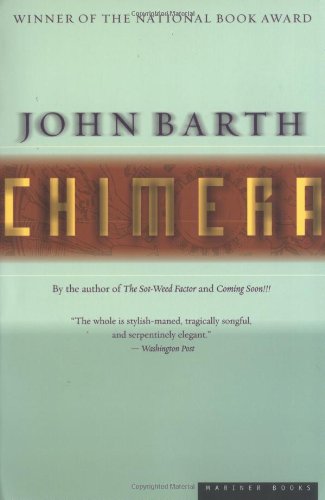 The comic adventures of Dunyazade, Perseus, and Bellerophon reveal the author's thoughts on the nature of a hero and relationships between men and women. Winner of the National Book Award. Reprint.

JOHN BARTH’s fiction has won the National Book Award, the PEN/Malamud Award, and the Lannan Foundation Lifetime Achievement Award. For many years he taught in the Writing Seminars at John Hopkins University. He is the author of such seminal works as The Sot-Weed Factor, Chimera (for which he won the NBA), and Giles Goat-Boy. “Toga Party,” an excerpt from The Development, appeared in The Best American Short Stories 2007, edited by Stephen King.