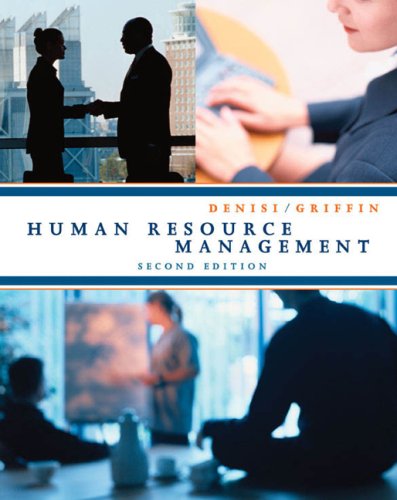 The Second Edition of "Human Resource Management" offers undergraduate students a practical introduction to the function and responsibilities of human resource management within any company--from staffing the organization, enhancing motivation and employee performance, to overseeing compensation and benefits. The text has been designed primarily for business majors who will rely on HR during the course of their careers as general managers.

To prepare students for contemporary HR challenges, the authors offer up-to-date coverage of several key topics. The text features a separate chapter on the organizational environment of HR activities (Chapter 2), the global environment of human resources (Chapter 4), the management of diversity (Chapter 16), and the new relationships between employees and organizations (Chapter 17). In addition, integrated discussions of diversity, globalism, ethics, technology, and other timely issues appear throughout the text. "Building Human Resource Management Skills" exercises require students to apply the information from the chapter to a specific problem. In the "Human Resource Internet Exercise," students research specific companies on the Web to examine how organizations actually approach different issues covered in the chapter.