Items related to Extremely Loud And Incredibly Close: A Novel 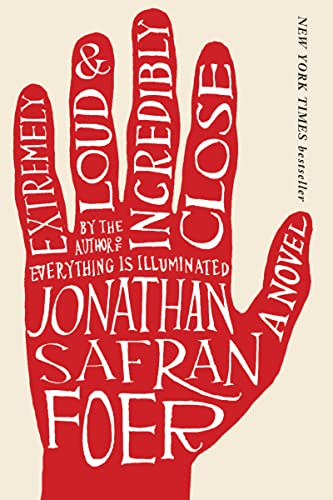 Jonathan Safran Foer emerged as one of the most original writers of his generation with his best-selling debut novel, Everything Is Illuminated. Now, with humor, tenderness, and awe, he confronts the traumas of our recent history.

Nine-year-old Oskar Schell has embarked on an urgent, secret mission that will take him through the five boroughs of New York. His goal is to find the lock that matches a mysterious key that belonged to his father, who died in the World Trade Center on the morning of September 11. This seemingly impossible task will bring Oskar into contact with survivors of all sorts on an exhilarating, affecting, often hilarious, and ultimately healing journey.

About the Author:
JONATHAN SAFRAN FOER is the author of the novels Everything is Illuminated and Extremely Loud and Incredibly Close, and a work of nonfiction, Eating Animals. His books have won numerous awards and have been translated into 36 languages. He lives in Brooklyn, New York.
Excerpt. © Reprinted by permission. All rights reserved.:
What The?

I handed him my card and told him,
"Greetings. Gerald. I. Am.
Oskar." He asked me why I was talking
like that. I told him, "Oskar's CPU is
a neural-net processor. A learning
computer. The more contact he has with
humans, the more he learns." Gerald
said, "O" and then he said "K." I
couldn't tell if he liked me or not, so
I told him, "Your sunglasses are one
hundred dollars." He said, "One
seventy-five." "Do you know a lot of curse
words?" "I know a couple." "I'm not
allowed to use curse
words." "Bummer." "What's 'bummer'? "
"It's a bad thing." "Do you
know 'shit'?" "That's a curse, isn't
it?" "Not if you say 'shiitake.' " "Guess
not." "Succotash my Balzac,
dipshiitake." Gerald shook his head and...