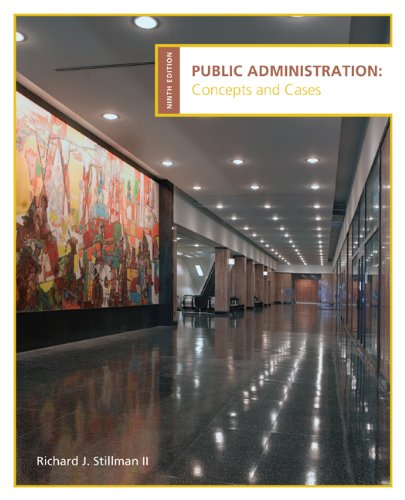 PUBLIC ADMINISTRATION: CONCEPTS AND CASES offers a unique and highly regarded framework in which conceptual readings are paired with contemporary case studies that reflect real-world examples of administrative work, as well as new thinking and developments in the field. Case studies and examples cover topics such as the Columbia space shuttle disaster, the shootings at Columbine High School, and the war in Iraq--making it easy to engage students in the readings.