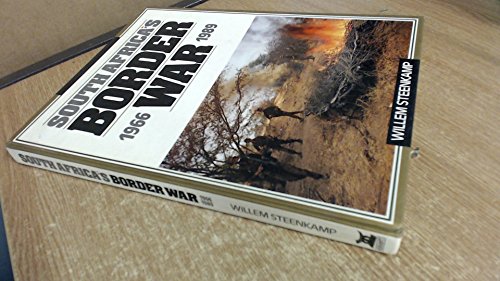 , 256 pages, with black and white and colour photographs throughout

Willem Steenkamp has been a journalist, soldier, writer of fact and fiction, military tattoo producer and specialist tour guide. A military reservist, he was called up for military service on various occasions from 1976 onwards and took part in four external operations, including an attachment to 61 Mech on its first real test of strength: 1980’s 'Operation Sceptic'. After the end of the border conflict in 1989, he served on a presidential advisory council and as a security advisor during the 1994 election, as well as helping to write the seminal 1996 Defence Review. Subsequently, he was a consultant to the SA National Defence Force and Ministry of Defence on several occasions. He is the author of 18 factual books and novels, co-writer of a stage play and two television scripts, and has won three literary prizes.

This book is a re-issue of a popular nineteen-nineties publication regarding the decades-long South African border war with what is now called Namibia. Journalist Willem Steenkamp and photojournalist Al J. Venter cover all aspects of the evolving conflict from 1966 to 1989. The text is broken up into two parts covering the war’s beginning and ending, and the war in close-up. Throughout, the journalists concern themselves not only with the troops fighting the war, but the environment and indigenous peoples caught in the crossfire of a war that received backing from the Soviet Union on one side and saw the involvement of Cuba, the use of chemical weapons, and the contemplated use of South Africa’s newly created nuclear arsenal. (Protoview)