Items related to Lombards (The Peoples of Europe)

Lombards (The Peoples of Europe) 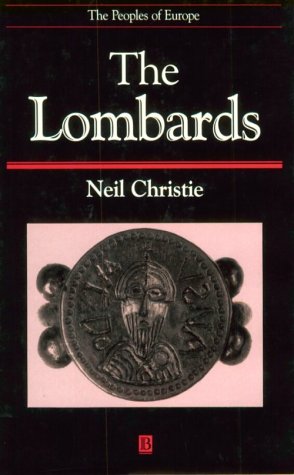 This book offers a survey of the history and archaeology of the Longobards (known until recently as the Lombards), one of the many barbarian tribes who exploited the collapse of the Roman Empire.

The Lombards, also known as the Longobards, were a Germanis tribe whose fabled origins lay in the barbarian realm of Scandinavia. After centuries of obscurity during the long period of Roman domination in Europe, the Lombards began a concerted migration south-eastwards, coming to prominence immediately after the fall of Rome.

Pushing across the Danube to occupy Hungary, the tribe emerged as a powerful protagonist in the former heartland of the Empire in the early sixth century AD. The Lombards subsequently invaded Italy in AD 568-9, where they successfully countered the Byzantines and established a kingdom based on the fertile north Italian plains. This endured for more than two centuries before its conquest by Charlemagne, and even after this defeat, a Lombard state continued to exist in southern Italy until the eleventh century.

In this book, the author combines many sources, archaeological and historical, to offer a fresh and vividly detailed picture of Lombard society - its people, settlements, material and spiritual culture - and its evolution from martial 'barbarian' tribe to complex urbanized state.

1. Lombards (The Peoples of Europe)