Items related to The Sweet Smell of Success Vocal Selections 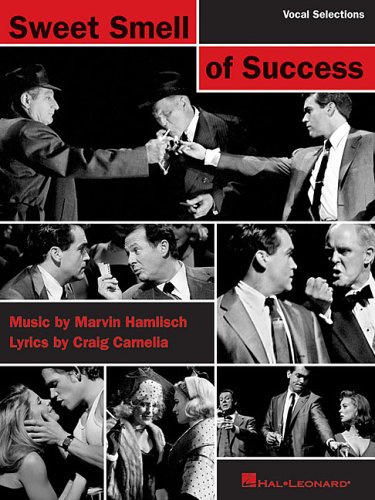 Based on the famous film starring Burt Lancaster and Tony Curtis, this well-received Broadway musical starred John Lithgow, who won the Tony Award for Best Actor for his performance. A controlling, sometimes vicious columnist (a character modeled after Walter Winchell) gets involved with an ambitious young publicist in late 1950s New York. This folio features 11 songs from the show, including: At the Fountain · Don't Know Where You Leave Off · Don't Look Now · For Susan · Laughin' All the Way to the Bank · Welcome to the Night · and more. Includes photos.

4. The Sweet Smell of Success

5. The Sweet Smell of Success