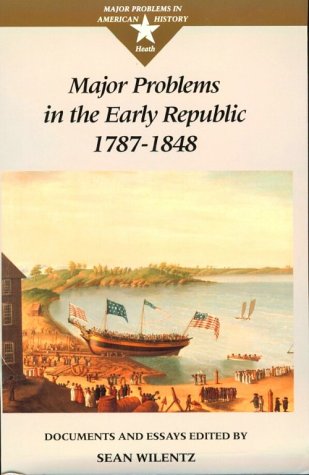 Each chapter's documents identify the key issues and capture the passionate spirit and conviction of the historical actors. The essay selections spotlight research in the social and cultural history of the early republic.

Sean Wilentz, PhD Yale University, is the George Henry Davis 1886 Professor of American History at Princeton University. His book, The Rise of American Democracy: Jefferson to Lincoln (2006), won several national honors, including the Bancroft Prize. Dr. Wilentz's other books include Chants Democratic: New York City and the Rise of the American Working Class, 1788-1850 (1984), and (with Paul E. Johnson) The Kingdom of Matthias (1994). He is currently at work on a study of the liberal historians of the mid-twentieth century. Dr. Wilentz has held numerous fellowships including, most recently, the Mrs. Giles Whiting Foundation Fellowship at the Dorothy and Lewis B. Cullman Center for Scholars and Writers at the New York Public Library. His essays and reviews appear regularly in scholarly journals and anthologies, as well as in The New Republic, The New York Times Book Review, Rolling Stone, Dissent, and other national publications.