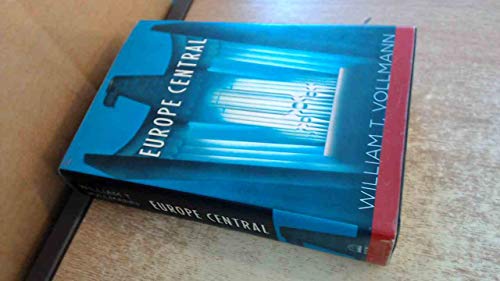 A series of interconnected stories seeks to contrast the moral decisions made by famous and everyday individuals with regard to the warring authoritarian cultures of Germany and the USSR in the twentieth century, from a pair of generals who collaborate with the enemy to two heroes who place themselves at risk for their countries. 15,000 first printing.

William T. Vollmann is the author of eight novels, three collections of stories, a memoir, and Rising Up and Rising Down, which was a finalist for the National Book Critics Circle Award in nonfiction. Vollman's writing has been published in The New Yorker, Harper's, The Paris Review, Esquire, Conjunctions, Granta, and many other magazines. He lives in California.

In the small set of America's best contemporary novelists, Vollmann is the perpetual comet. Every two years or so he flashes across the sky with another incredibly learned, incredibly written, incredibly long novel. Two years ago, with Argall, he easily bested John Barth in the writing of 17th-century prose while taking up the tired story of the settlement of Jamestown and making it absolutely riveting. His latest departs from his usual themes--the borders between natives and Westerners, or prostitutes and johns--to take on Central Europe in the 20th century. "The winged figures on the bridges of Berlin are now mostly flown, for certain things went wrong in Europe...." What went wrong is captured in profiles of real persons (Kathe Kollwitz, Kurt Gerstein, Dmitri Shostakovich, General Paulus and General Vlasov) as well as mythic personages (a shape-shifting Nazi communications officer and creatures from the German mythology Wagner incorporated into his operas). Operation Barbarossa--the German advance into Russia in 1941, and the subsequent German defeat at Stalingrad and Kursk--is central here, with the prewar and postwar scenes radiating out from it, as though the war were primary, not the nations engaged in it. The strongest chapter is a retelling of Kurt Gerstein's life; Gerstein was the SS officer who tried to warn the world about the concentration camps while working as the SS supply agent for the gas chambers. The weakest sections of the book are devoted to the love triangle between Shostakovich, Elena Konstantinovskaya and film director Roman Karmen. Throughout, Vollman develops counternarratives to memorialize those millions who paid the penalties of history. Few American writers infuse their writing with similar urgency.
Copyright © Reed Business Information, a division of Reed Elsevier Inc. All rights reserved.