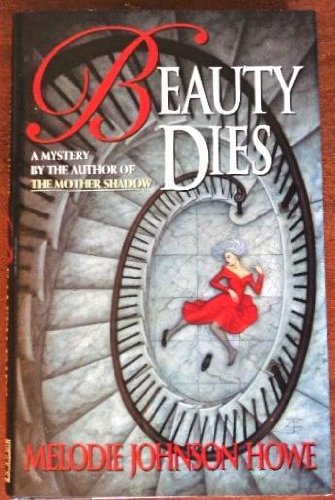 Melodie Johnson Howe is a mystery author and former actress. She began writing as a child, composing plays such as Nevada—a western that ended with the villain being sent to his room—and began acting in the mid-1960s. For a decade, she worked in movies alongside actors such as Clint Eastwood, Alan Alda, and James Caan. In the early 1980s, she left the Hollywood grind to pursue her dream of writing mysteries.

Howe’s first novel, The Mother Shadow (1989), featured Claire Conrad and Maggie Hill, whom Howe describes as “the female answer to Nero Wolfe and Archie Goodwin.” It was nominated for an Edgar Award, and was followed by a sequel, Beauty Dies (1994). Howe is also acclaimed for her short fiction. Her most recent book, Shooting Hollywood: The Diana Poole Stories (2012), is a collection of short stories starring a forty-year-old actress trying to make a comeback.

While visiting New York City, Claire Conrad, the distaff Nero Wolfe wannabe whose entourage includes an amanuensis named Maggie Hill, a butler named Boulton, and a limo named Bentley, is buttonholed by Jacqueline Kennedy Murphy, an exotic dancer who talks her way into Claire's hotel suite with a wild story about how the late, legendary model Cybella hasn't killed herself. (The videotape she insists will prove it is an amateurish porno flick pairing Jackie with another woman who certainly isn't Cybella.) When Jackie is found dying in the street, peremptory Claire reverses her engines--no small matter--and resolves not to return to L.A. until she solves the murder. Thanks to Maggie and Boulton's colorful fieldwork--at Jackie's workplace, Peep Thrills, where they interview her colleague Linda Hansen; and at the home of Cybella's hard-case daughter, Sarah Grange, who turns out to be Jackie's video costar--Claire is able in no time at all to identify the red dress Jackie wore in the tape as a gift to Cybella from her longtime lover Sheridan Reynolds. Feminist speeches are made, witticisms (some gorgeous, some threadbare) traded, guns sedately brandished, and when the smoke has cleared, it turns out that Linda isn't really Linda, Sarah isn't really Sarah, and yes, there are still more complications to come. Brash, bubbly, and fearless, a long-overdue sequel to Claire and Maggie's debut (The Mother Shadow, 1989). -- Copyright ©1994, Kirkus Associates, LP. All rights reserved.