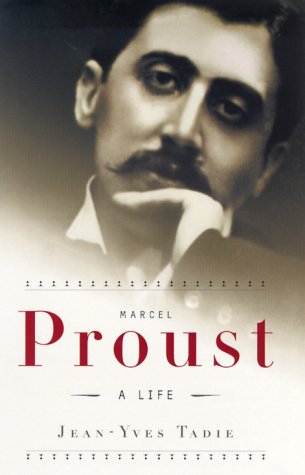 A portrait of the prominent twentieth-century French writer is based on a wealth of primary material only recently made available and considers the intellectual and social universe that fed Proust's art.

How to write the biography of a writer whose life's work was his life story? In the case of Marcel Proust, the task is complicated by the subject's own hostility to the genre; in his essay "Contre Sainte-Beuve," Proust argued that writers should be judged by their books and not by the facts of their life. Indeed, when it comes to Proust, one might well confuse the two. For the first half of his life, he traded witticisms in the salons of the belle époque; for the second he sat at home and wrote about it, going so far as to line the walls of his living room with cork in order to keep the outside world where it belonged. Eventually, all that exquisite isolation produced what is arguably the defining work of the 20th century, the loosely autobiographical, imposingly multivolumed Remembrance of Things Past. As a biographer, one can conflate the novel with the life, as Proust's first biographer, George Painter, did; or one can go the road of several recent studies, including that of William C. Carter, and emphasize instead Proust's psychology, including his "repressed" homosexuality and his complicated relationship with his Jewish ancestry. Alternately, one can address Proust as a creature of his time and his place, the product of fin-de-siècle France with all its prejudices and conventions and embroidered antimacassars.

In Marcel Proust: A Life, French critic Jean-Yves Tadie surveys these approaches from the lofty perspective of 40 years of Proust scholarship, and he chooses all--or perhaps none. For Tadie is concerned not with Proust the man but with Proust the novelist. "The true biography of a writer or an artist is that of his work," he proclaims, and goes on to present the development of Proust's life and his novel side by side, considering real-life people and events alongside the fictional representations they inspired. Thankfully, though impressively learned, Tadie is not what we would call an "academic" biographer: his prose is far too elegant and even witty for that, and he actually seems to be enjoying himself. (In cataloging the items sold by Proust's uncle's firm, for example, Tadie exclaims with contagious glee, "Is it not like reading a novel by Balzac, or the wedding announcement chapter in Albertine disparue?") Weighing in at a very Proustian 986 pages--it would make almost as good a murder weapon as Remembrance of Things Past--Tadie's work is a biography of mind-boggling thoroughness, and yet every detail strikes the reader as necessary. Suitably, this definitive work ends with a touching account of Proust's death, as the great writer dictates his masterwork until he is no longer capable of speech. Who could ask more of a biographer than Tadie's gentle and affectionate epitaph? "And we too address our respects to a man who suffered so much in order that his work should shine like the sun, now that it causes him no more harm." --Mary Park