Items related to The Dinosaur Club 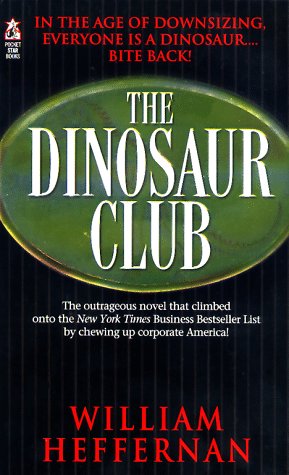 When Jack Fallon and his peers--employees over fifty years old and earning at least $50,000--learn they are to be laid off from Waters Cable, the group acts together to turn the tables on corporate management

This hilarious novel of corporate guerrilla warfare takes you right into the belly of the beast. When the rising young generation of officers at the Waters Cable Corporation shift into hyper-greed mode, they target for early retirement all the middle and upper level executives who had the bad taste to reach age 50 and make a decent salary. But Jack Fallon isn't going to take it: he organizes his paunchy coevals to resist and they fight to keep their jobs and take back control of their destinies. More than a comic excursion, though, The Dinosaur Club is a novel for our time, a well-observed drama of late-20th century capitalism in America.

William Heffernan won the 1996 Edgar Allan Poe Award for his novel Tarnished Blue. He is the author of eleven novels, including the international bestsellers The Corsican, Ritual, Blood Rose, and Corsican Honor. A former reporter for the New York Daily News and the father of six, he lives in Vermont with his wife and family.