Items related to To the Sargasso Sea

McPherson, William To the Sargasso Sea

To the Sargasso Sea 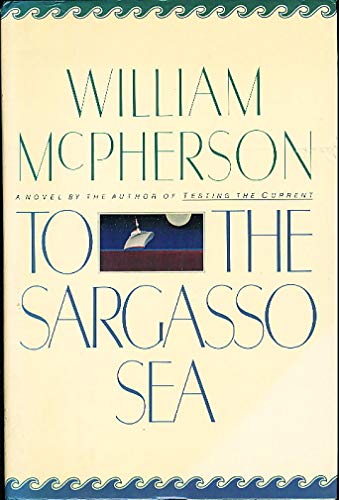 Playwright Andrew MacAllister, his wife Ann, and a group of friends and theater associates set out for a holiday in Bermuda, but become entangled in a web of obsession

With this sequel to Testing the Current, McPherson again proves that he is a writer of questing intelligence, luminous insight and delicious wit. Andrew MacAllister (called Tommy in his childhood depicted in the earlier book) is now 40, married to lovely, loving Ann, father of a delightful daughter, and about to achieve success as a playwright. In London for his new play's debut, he encounters the former Daisy Meyer, the "older woman" who enchanted him when he was eight, and has an adulterous liaison with her. Other temptations lurk, including that of a young Englishman who follows Andrew and Ann to Bermuda, bent on seducing Andrew. Confused, guilty (for he adores his wife), plainly enmeshed in a midlife crisis, Andrew tries to cope with the demands of his career while wrestling with the demons in his conscience. Though initially a bit opaque as McPherson reintroduces the characters from Andrew's youth, the novel has engaging dialoguesometimes larky and humorous, sometimes pregnant with serious observations about art and lifeand immensely appealing characters (almost all of whom have a rather incredible ability to quote poetry at any opportunity). An ongoing, hilarious bedtime story that Andrew tells his daughter and a steamy scene in which he is a voyeur are two of the surprises McPherson seamlessly interweaves in the totally involving narrative.
Copyright 1987 Reed Business Information, Inc.

In this novel, reminiscent of the early Aldous Huxley, Andrew MacAllister is a playwright of 40, emerging in 1971 from a long, dry period and caught in mid-life crisis. His new play, a hit in London, may see New York production. Simpler times with wife and small daughter get upstaged as cliched charactersartsy English gentry, a sybaritic sculptress avid for sex, a moneyed Jewish producer with a heart of gold, an intense homosexual stalking Andrewrevel in cultivated chit-chat. Meanwhile, Andrew, in a fog, mulls over childhood memories, family ties, guilt about impulsive, destructive behavior, and some ideas for his next play. An amusing fable he concocts for his daughter provides relief from the depressing main story. Unpleasant, sexually graphic, and laced with strong language, this amounts to an impressive, literate flop. William A. Donovan, Chicago P.L.
Copyright 1987 Reed Business Information, Inc.

1. To the Sargasso Sea

2. To the Sargasso Sea

3. To the Sargasso Sea McPherson, William