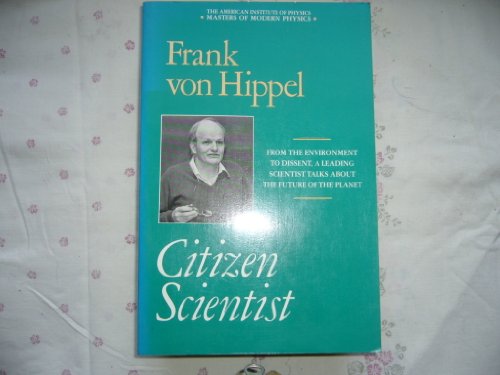 In a provocative, sometimes shocking report, von Hippel charges that the executive branch of the federal government consistently misrepresents scientific advice to the public and Congress by distorting facts and concealing much of the data that scientific advisers provide. A physicist and Princeton professor of public and international affairs, the author cites as evidence the government's positions on nuclear reactor safety, aftereffects of "limited" nuclear war, crop destruction programs in South Vietnam, pesticide regulation and antiballistic missile systems. A leading advocate of nuclear arms control, von Hippel here debates Edward Teller on disarmament and offers a devastating analysis of the long-term health effects of the Chernobyl disaster. While his suggestion that methanol-powered cars are more energy-efficient than electric cars is debatable, his call for automotive fuel economy to reduce U.S. dependence on Persian Gulf oil is timely, and his recommendations for due-process protections of professional whistle-blowers are widely applicable.
Copyright 1991 Reed Business Information, Inc.