Items related to The Fragmented Life of Don Jacobo Lerner 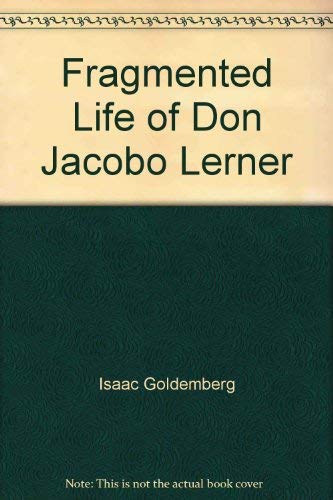 Published in 1977 to great critical acclaim, this remarkable novel is set in the 1930s within a small community of Jews in Peru. Don Jacobo Lerner, an immigrant from czarist Russia, lies on his deathbed trying to piece together his life. Told through the testimony of family and friends, through newspaper articles and cultural announcements, and, most memorably, in the haunting words of his bastard son, Efra�n, the details of Jacobo Lerner�s fragmented world emerge. Finally, Lerner becomes a character of universal significance, a tragic but heroic prototype of the Wandering Jew.

From the Publisher:
Jewish Latin America series
About the Author:
Isaac Goldemberg was born in Peru in 1945. Since 1964 he has lived in New York, where he is director of the Latin American Writer’s Institute at Hostos Community College of CUNY. He is also the author of Just Passing Through, poems, and Play by Play, a novel.