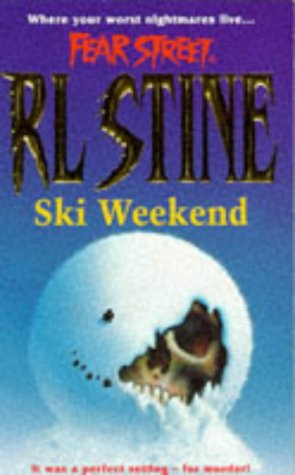 Red Porter was a stranger, Ariel, Doub and Shannon met on their ski weekend. Red was the one who spotted the hilltop lodge when they were stranded in a blizzard, he took charge when they stumbled into strange surroundings, but can he save them when their refuge becomes a trap?

Driving back from a ski weekend, Ariel, Shannon and Doug have offered their new friend Red a ride home. When a blizzard makes the roads nearly impassable, Red leads the teens to a farmhouse where they can spend the night. Unfortunately, their shelter is not the safe haven it appears: its residents have their own plans for Ariel and her friends. Though filled with action, this addition to the Fear Street series lacks urgency and dramatic tension. The characters are minimally defined and the contrived plot barely manages to hold together a surfeit of bland cliffhangers. Ages 12-14.
Copyright 1990 Reed Business Information, Inc.

Book Description Paperback. Condition: Very Good. The book has been read, but is in excellent condition. Pages are intact and not marred by notes or highlighting. The spine remains undamaged. Seller Inventory # GOR005658941