Items related to Chile: The Political Economy of Urban Development 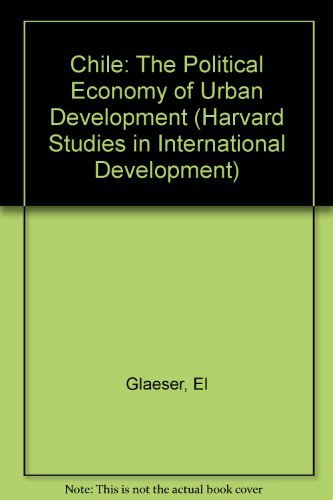 Megacities such as Santiago are becoming a worldwide phenomenon. In six of eleven South American countries, over 25 percent of the population lives in a single city. What policies should national governments adopt with regard to dominant metropolises? Is it appropriate to restrict the flow of population to big cities? Or should governments take a laissez-faire attitude and permit city growth?

Focusing on Chile, this book argues that appropriate government action lies between these extremes. The authors espouse spatial policies that mitigate the social costs of congestion and pollution but also ensure that migrants pay the social costs of moving to big cities.

Edward L. Glaeser is a professor in the Department of Economics at the Faculty of Arts and Sciences at Harvard University and was formerly a faculty associate at the Harvard Institute for International Development.