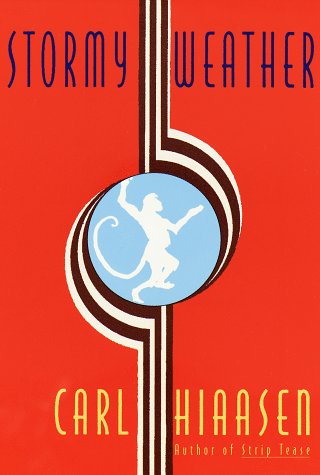 In hurricane-devastated Florida, a group of questionable individuals attempts to take advantage of the disaster, and an eccentric character becomes the only hope for the victims

When a ferocious hurricane rips through Southern Florida, the con artists and carpetbaggers waste no time swarming over the disaster area.

Among the predators are Edie Marsh, an entrepreneurial young woman whose scheme to sleep with a Palm Beach Kennedy has fizzled, freeing her to concoct a colossal insurance rip-off; Lester Maddox Parsons, a murderous ex-con whose violent encounter with a game warden has left him with the fitting nickname of "Snapper"; and Avila, a crooked building inspector-turned-roofer, who dabbles somewhat unsuccessfully in the occult.

Caught in the middle are Max and Bonnie Lamb, newlyweds torn in wildly different directions by the storm. It is Max's fateful decision to abort their Disney World honeymoon and race to Dade County to see the terrible devastation. Armed with a video camera, the ambitious young advertising executive can't wait to show his hurricane tapes to his buddies back in New York. Over Bonnie's objections, Max eagerly sets out through the rubble, debris, and mayhem -- and promptly vanishes. The only clue to his whereabouts: a runaway monkey. But there's also a man called Skink who has devoted his very strange existence to saving Florida from the kinds of people blown in by the hurricane. It is he, crazed and determined, who prowls the swath of the storm and forever changes the lives of Max, Bonnie, Edie, and the others.

Their paths -- tangled before they even know it -- come together in a novel that continues the hilarious and scathing muckraking tradition that Carl Hiaasen has so mercilessly made his own. In Stormy Weather, there is no calm eye.

Carl Hiaasen (pronounced "hiya-sun") was born and raised in South Florida and presently lives in Tavernier, smack in the middle of the Florida Keys. He attended Emory University and was graduated with a degree in journalism from the University of Florida at Gainesville in 1974. Hiaasen began his journalism career writing weird public interest stories ("Garbageman for a day") at Cocoa Today (now the Melbourne-based Florida Today). He joined the Miami Herald in 1976, and since then has been a reporter for their general assignment desk, Sunday magazine and investigative team. As part of The Miami Herald's investigative team, Hiaasen has worked on projects exposing dangerous doctors in Florida, land corruption in the Florida Keys, and drug smuggling in the Bahamas and Key West. He is currently Metro columnist for the paper where his award-winning columns on rapacious development, egregious business practices, and corrupt politicians have helped clarify issues for the Florida citizenry. Carl Hiaasen turned his hand to fiction in the early eighties. His first novel, Tourist Season,was published in 1986 and named "one of the ten best destination reads of all time" by GQ Magazine. He is the author of five other best-selling novels, Double Whammy, Skin Tight, Native Tongue, Strip Tease and Stormy Weather. Louise Bernikow, writing in Cosmopolitan, calls Hiaasen's fiction "unbelievably funny -- tears-running-down-your-cheeks funny in spite of some pretty weighty themes like the destruction of the environment and the cut-throat ways of developers." Tony Hillerman calls Hiaasen "the Mark Twain of the crime novel." And Donald Westlake says "Hiaasen is so good he ought to be illegal." Hiaasen is also a songwriter, having co-wrote two songs on Warren Zevon's album. Mutineer (the two songs are Seminole Bingo and Rollweiler Blues). The film Strip Tease, based on Hiaasen's novel, directed by Andrew Bergman starring Demi Moore in pasties and Burt Reynolds in a hairpiece, was a recent major motion picture.